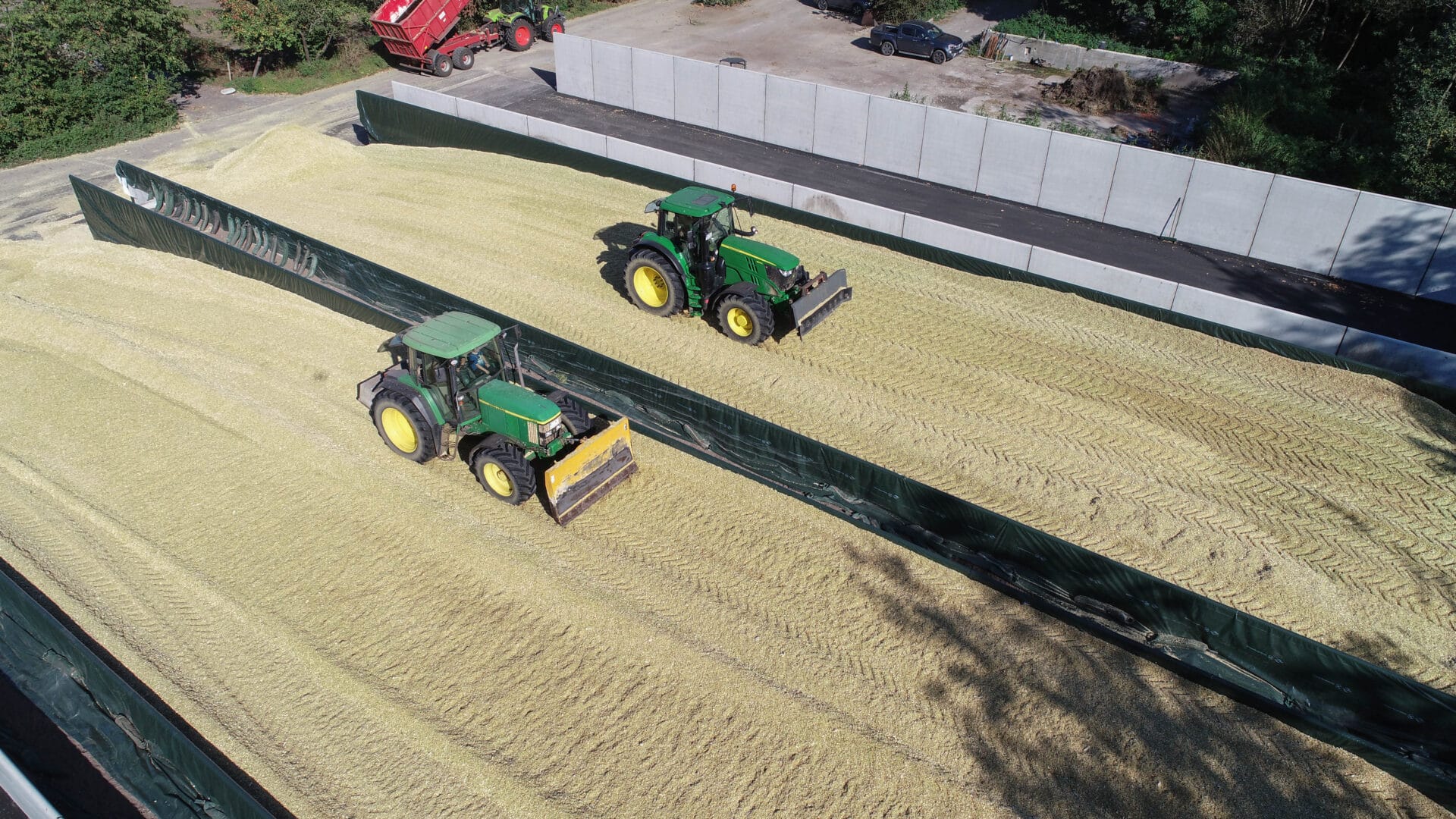 Why good maize storage is important

It’s one of those familiar summer-time sights: fields full of high maize plants. Who hasn’t taken a photo of their son or daughter among the maize to show how high the plants are! Or the corncobs that keep getting bigger and more noticeable. However, things are far from being as beautiful and simple as they seem. Because that stunning high maize depends on the summer weather.

After a somewhat colder period when the maize didn’t really want to grow, maize growth has now started to catch up. But even after those few sunny summer days, maize plant growth still isn’t going smoothly everywhere. Pollination really needs to take place once the tassel can be seen and the cob becomes visible in the leaf collar. That’s when the sugars are converted into starch. The very best maize must be harvested in October. If your livestock gets the best the land has to offer, they’ll produce the highest milk or meat yields.

It’s important to obtain the maximum yield from your roughage. But how do you do that, particularly when climate change is impacting harvest quantity and quality? Like grass, maize is an important part of a cow’s diet and preserving maize well is a rather intensive process. You need a good silage clamp for this; a silo that can withstand acids, for instance, like the one at dairy farmer Denissen van Tiggelen in Nispen (Noord-Brabant, the Netherlands). The farm has two Bosch Beton silage clamps to store maize and grass. But it’s also important to think about the future. A dairy farmer in Hechtel-Eksel in Belgium has invested in a sustainable long-term solution by purchasing a silage clamp. And a dairy farmer in Grindsted, Denmark had the same idea. His purchase of a silage clamp enables him to contribute to a better environment and ensure a good future for the next generations on the farm. Another dairy farmer in Dorsten Lembeck (Germany) really considered the future carefully before constructing his silage clamp. And a family farm in Northern France first requested advice from Bosch Beton for their new biogas plant, for which they also produce maize. This resulted in us placing five new silage clamps there.

Whether a farmer stores maize in a silage pit or silage clamp, he will need to pick the right moments for ensiling, removing silage and compaction. You can read more details about getting the most out of silage clamps in a Bosch Beton contribution to a maize expert’s website.

Many losses still occur if things go wrong storing roughage. A silage clamp helps maximise yields and retain a 1,000 VEM per kg/ds. It’s also vital that the silage clamp is in a clean and good location and is well covered. This animation on the silage clamps of the future presents his really well. A high axle load and wheel load are important for good compaction. In general it applies that the higher the silage clamp, the better the compaction and storage. Compared with a silage pit, a silage clamp enables you to use the entire width for optimal compaction, even right into the corners and edges. Most feed losses occur due to heat damage as a result of poor compaction. A high-quality silage clamp enables farmers to reduce roughage losses and save around 5-10% on high feed costs. And good roughage also results in higher and improved milk production. It kills two birds with one stone.

We have placed a lot of silage clamps at various farmyards at home and abroad over the past five decades. We work with you to find a customised solution in selecting a good silage clamp. If you need support, feel free to contact one of our consultants for advice on your specific situation. Or use our configurator tool to assemble your silage clamp now in three easy steps. 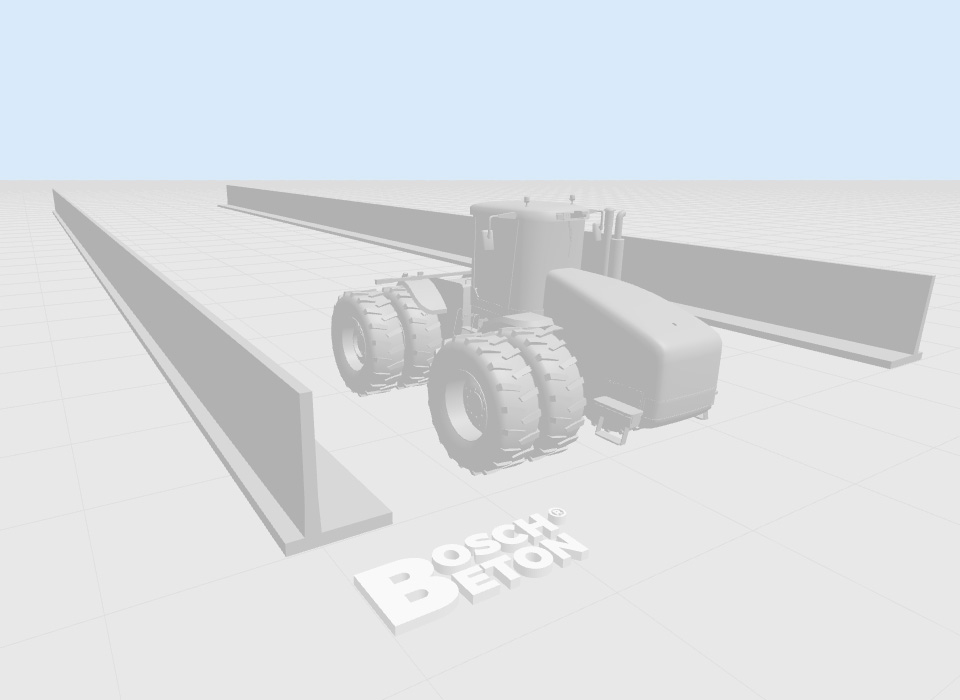 Using our 3D generator, you can build your own silage clamp in three steps Decide what you are going to use the silo for, select a silage clamp wall type, and enter the dimensions of your silage clamp along with the axle weight. Make a selection for the paving of the farmyard, and any accessories and services required. You will receive a customized recommendation free of obligation within three working days of receipt of your application. If you would rather have personal advice, please contact our team. 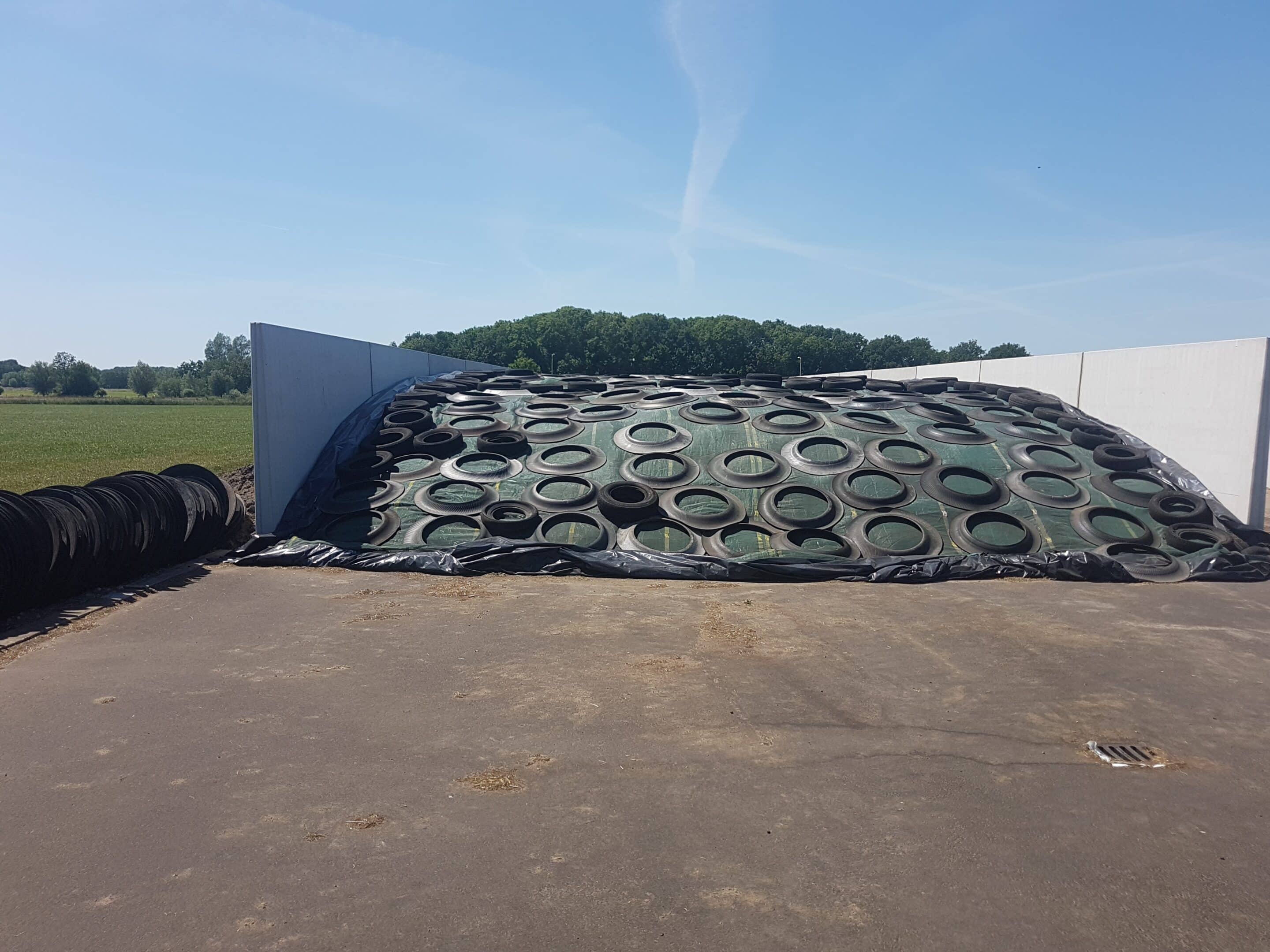 Question
Whatever your requirements, we have a retaining wall solution for you. How can we help you?
Advice
We keep on innovating and developing to make sure we can offer you good advice.
Quotation
We’ll use the information you provide to draw up a quotation to match your needs within three working days.

Due to the continuing demand, the shortage of materials and the sometimes reduced production capacity because of COVID-19, the construction...
More about this news item

Sponsorship with a twist: new manure trough for care farm

Bosch Beton supports the great work of Zorgboerderij de Badhoeve with a new manure tray. Read more about this sponsorship
More about this news item
Close
Can I help you with anything?
I have a question I want advice I want a quote
Click on the blue bar to show/hide the assistant.